Our lead PDC therapeutic, iopofosine is a small-molecule PDC designed to provide targeted delivery of iodine-131 directly to cancer cells, while limiting exposure to healthy cells. We believe this profile differentiates iopofosine from many traditional on-market treatments. Iopofosine is currently being evaluated in a pivotal study for Waldenstrom’s macroglobulinemia in our CLOVER-WaM study, as well as the multi cohort CLOVER-1 Phase 2 study in adult B-cell malignancies and the CLOVER-2 Phase 1 study in a variety of refractory pediatric cancers.

Waldenstrom’s macroglobulinemia (WM) is a rare and incurable disease defined by specific genotypic subtypes that defines patient responses and long-term outcomes. The annual global incidence is ~6,500 with prevalence of approximately 60,000 patients globally. WM is a lymphoma, or cancer of the lymphatic system. The disease occurs in a type of white blood cell called a B-lymphocyte or B-cell, which normally matures into a plasma cell whose job is to manufacture immunoglobulins (antibodies) to help the body fight infection. In WM, there is a malignant change to the B-cell in the late stages of maturing, and it continues to proliferate into a clone of identical cells, primarily in the bone marrow but also in the lymph nodes and other tissues and organs of the lymphatic system. These clonal cells over-produce an antibody of a specific class called IgM. 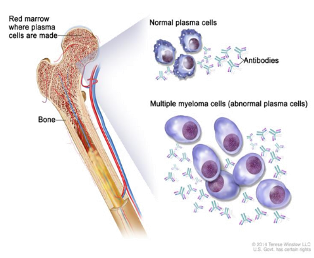 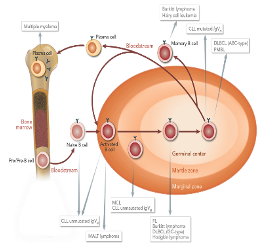 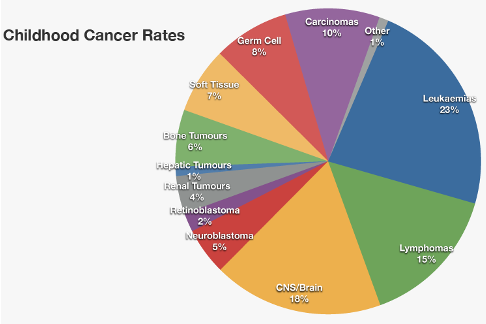 There are approximately 10,000 new pediatric cancer cases each year in the U.S. Preclinical results of iopofosine have shown a statistically significant increase in survival. Iopofosine has the potential to provide a new and unique therapy to roughly 50% of pediatric patients. 131I-metaiodobenzylguanidine (MIBG I-131) has been successfully utilized in pediatric radiotherapy for several decades as an off-label second line therapy in Neuroblastoma. MIBG I-131 data illustrates extensive and successful use of molecular radiopharmaceuticals in pediatric cancer treatment. While iopofosine differs from MIBG I-131 in a variety of drug properties, the active moiety, iodine 131, is identical. 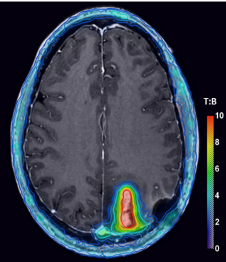 In August 2016, the University of Wisconsin Carbone Cancer Center (UWCCC) was awarded a Specialized Programs of Research Excellence (SPORE) grant from the National Cancer Institute to improve treatments and outcomes for head and neck cancer (HNC) patients. As a key component of this grant, the UWCCC researchers have tested iopofosine in various animal HNC models and has initiated a Phase 1 study combining iopofosine and external beam radiation in patients with recurrent HNC.

Our lead PDC, iopofosine is a small-molecule, PDC designed to provide targeted delivery of iodine-131 directly to cancer cells, while limiting exposure to healthy cells. We believe this profile differentiates iopofosine from many traditional on-market treatments and treatments in development. iopofosine is currently being evaluated in two clinical studies: the multi-cohort CLOVER-1 Phase 2 adult B-cell malignancy study and the CLOVER-2 Phase 1 pediatric safety study.

Iopofosine is currently being evaluated in a pivotal study, CLOVER-WaM, in WM patients that have failed or had a suboptimal response to a BTKi therapy after receiving first line standard of care. The CLOVER-1 Phase 2 study met the primary efficacy endpoints from the Part A dose-finding portion, conducted in r/r B-cell malignancies, and is now enrolling a MM expansion cohort (Phase 2B). The Phase 2B study will evaluate highly refractory MM patients including triple, quad and penta class refractory patients. The dosing regimen in both cohorts is designed to provide the optimal dose of ≥60 mCi total body dose (TBD) identified in Part A. The initial Investigational New Drug (IND) application was accepted by the FDA in March 2014 with multiple INDs submitted since that time. The Phase 1 study was designed to assess the compound’s safety and tolerability in patients with r/r MM (to determine maximum tolerated dose (MTD) and was initiated in April 2015. The study completed enrollment and the study is set to be completed in 2021.

The CLOVER-2 Phase 1 pediatric study is being conducted internationally at seven leading pediatric cancer centers. The study is an open-label, sequential-group, dose-escalation study to evaluate the safety and tolerability of iopofosine in children and adolescents with relapsed or refractory cancers, including malignant brain tumors, neuroblastoma, sarcomas, and lymphomas (including Hodgkin’s lymphoma). The FDA previously accepted our IND application for a Phase 1 open-label, dose escalating study to evaluate the safety and tolerability of a single intravenous administration of iopofosine in up to 30 children and adolescents with cancers including neuroblastoma, sarcomas, lymphomas (including Hodgkin’s lymphoma) and malignant brain tumors. This study was initiated during the first quarter of 2019. These cancer types were selected for clinical, regulatory and commercial rationales, including the radiosensitive nature and continued unmet medical need in the r/r setting, and the rare disease determinations made by the FDA based upon the current definition within the Orphan Drug Act.

In January 2021, we announced that a Type C guidance meeting with the FDA was conducted in September of 2020. The results of that guidance meeting provided Cellectar with an agreed upon path for conducting a single arm, pivotal Phase 2 expansion cohort in Waldenstrom’s macroglobulinemia patients that have received standard of care first line therapy and had a suboptimal response or failed BTKi therapy. The FDA agreed with the dose to be tested, our proposal for a safety and futility assessment to be conduct on the first 10 patients, the endpoint to be assessed, and the statistical analysis plan and study size of 50 patients. Based upon this agreement the pivotal study was initiated.

Current data from our Phase 2 CLOVER-1 clinical study show that six WM patients demonstrated 100% overall response rate (ORR) and an 83.3% major response rate with one patient achieving a CR which continues at nearly 27 months post- last treatment. All patients met the definition of having received first line standard of care and failed treatment with BTK inhibitors. While median treatment free survival and duration of response has not been reached, the average treatment free survival is currently at 330 days. This may represent an important improvement in the treatment of relapsed/refractory WM as we believe no approved or late-stage development treatments for second- and third-line patients have reported a CR. WM is a rare, indolent and incurable form of non-Hodgkin’s lymphoma (NHL) that is composed of a patient population in need of new and better treatment options.

In September 2020, we announced that a clinically meaningful 40% ORR was observed in the subset of refractory multiple myeloma patients deemed triple class refractory who received 60 mCi or greater TBD. Triple class refractory is defined as patients that are refractory to immunomodulatory, proteasome inhibitors and anti-CD38 antibody drug classes. The 40% ORR (6/15 patients) represents triple class refractory patients enrolled in Part A of Cellectar’s CLOVER-1 study and additional patients enrolled in Part B from March through May 2020 and received ≥60 mCi TBD. All MM patients enrolled in the expansion cohort are required to be triple class refractory. The additional six patients were heavily pre-treated with an average of nine prior multi-drug regimens. Three patients received a total body dose of ≥60 mCi and three received less than 60 mCi. Consistent with the data released in February 2020, patients receiving ≥60 mCi typically exhibit greater responses. Based on study results to date, patients continue to tolerate iopofosine well, with the most common and almost exclusive treatment emergent adverse events being cytopenias. This cohort will continue to enroll and evaluate patients that are even more refractory (quad-class refractory (proteasome inhibitor, immunomodulatory drug, anti-CD-38 antibodies, nuclear export inhibitors, or BCMA antibody drug conjugates) or hepta-drug refractory) to determine if iopofosine at the dose of ≥60 mCi TBD can be effective in patients that likely have no alternative therapies.

Gain a deeper understanding of our work with iopofosine via our posters and scientific publications.